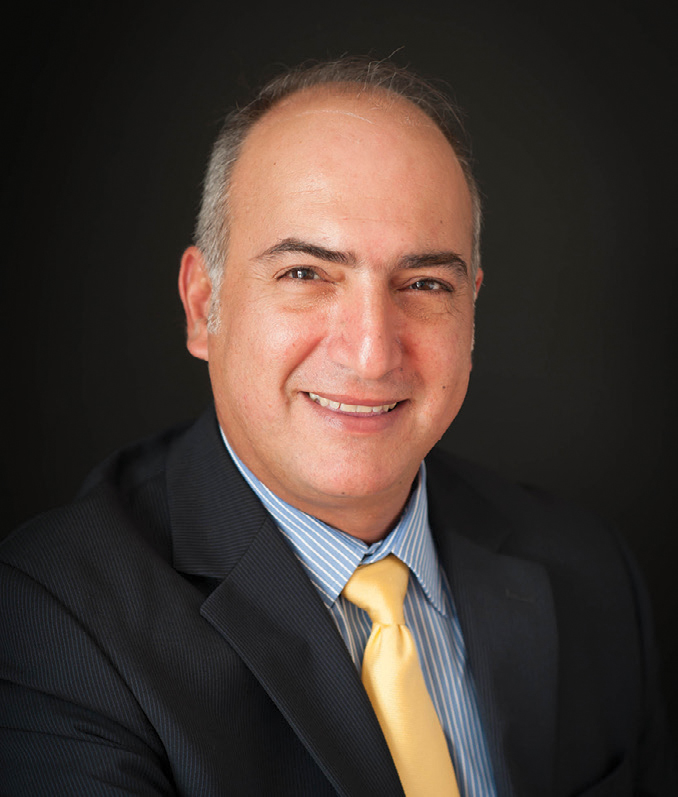 Frank A. Ruggieri is the founding member of The Ruggieri Law Firm, P.A. Mr. Ruggieri has devoted his practice to the Central Florida area since 1996 when he first began practicing law.

Beginning in 1999, Mr. Ruggieri has focused his practice on representing Community Associations exclusively, including Condominium, Homeowners, and Mobile Home Communities in addition to related “Community Development Districts”. His experience has included a devotion to litigation, including trials and prosecution of appeals before the First and Fifth District Courts of Appeal, as well as Bankruptcy matters primarily in the Federal Court System’s Middle District of Florida. Mr. Ruggieri has prosecuted and defended covenant violation, collection, commercial and construction defect cases on behalf of the Firm’s Community Association clients. Frank also brings a unique perspective to his area of concentration through experience representing a small number of real estate developers in obtaining State approval for the development of Condominiums as well as single-family project sites and mixed-use developments. 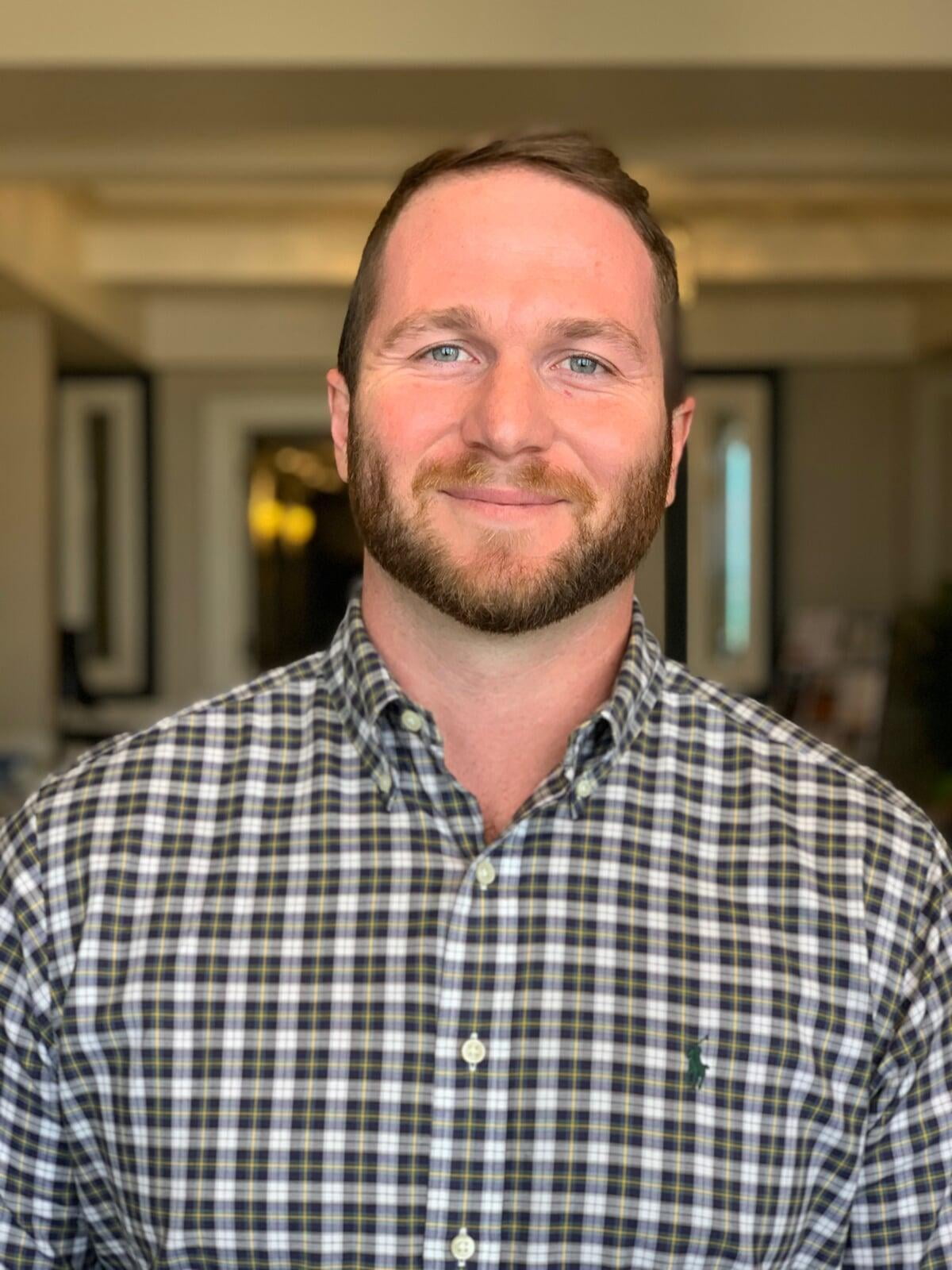 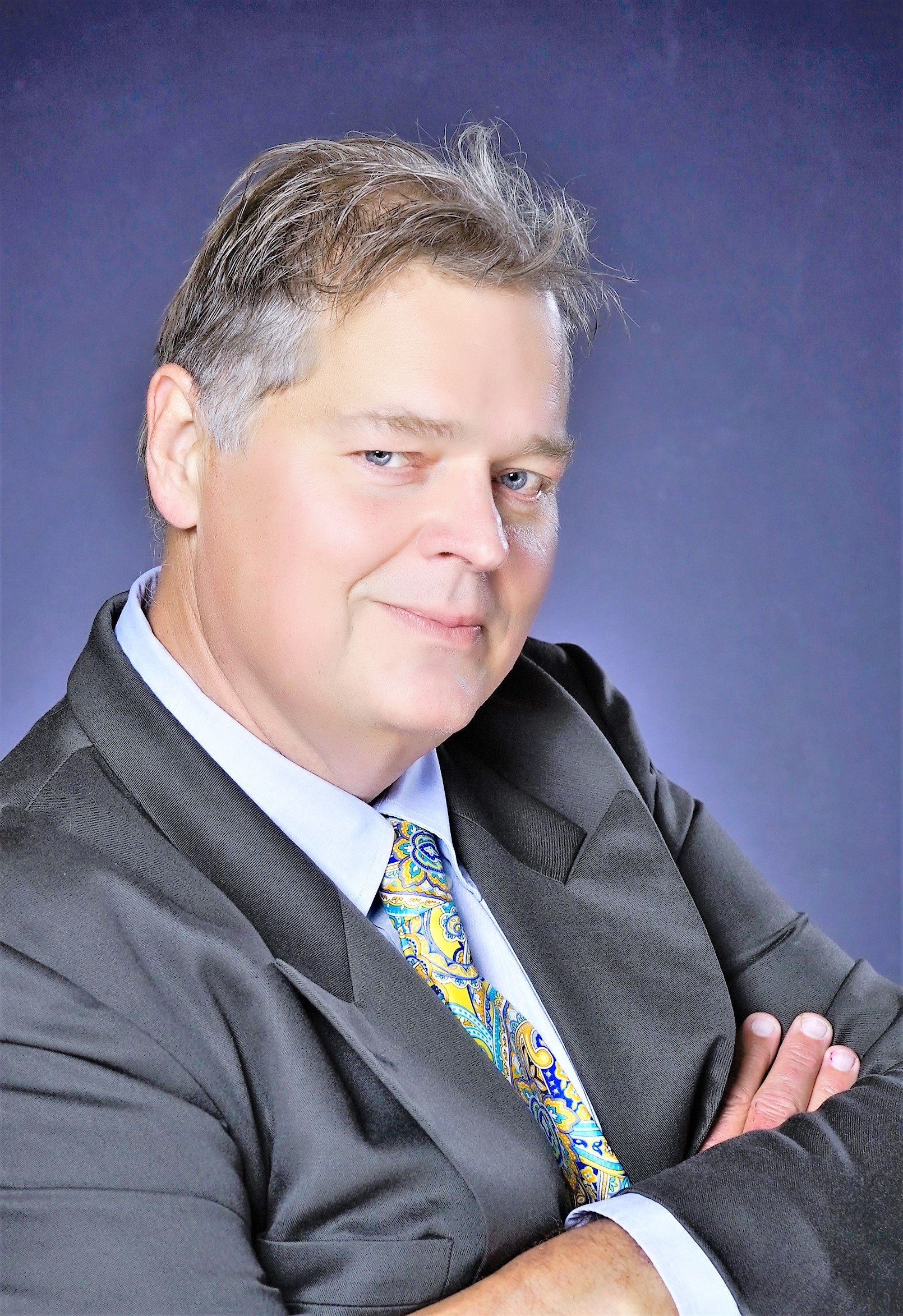 Found drifting down the Raccoon River in Central Iowa as a wayward waif in a basket, he was rescued from a life of squalor and juvenile delinquency, adopted by a kindly couple who raised him as their own in a moderate, mid-western, Methodist home and instilled within him the intrinsic values of Truth, Justice, and the American Way.

Skipping 3rd grade and graduating high-school at the tender age of 16, he later volunteered in service of this great Country by enlisting in the United States Navy, spending five years in the belly of a guided missile destroyer patrolling the high seas, keeping America safe, and allowing families back home to sleep soundly and securely each night knowing that their borders were fiercely guarded against the forces of evil.

After a distinguished and honorable military career, he returned to the private sector and immediately sought licensure as a Community Association Manager, putting his mechanical, analytical, and administrative skills and abilities to use in operating both small- and large-scale condominiums and homeowners associations throughout Central and South Florida.

Having recently celebrated his 30th anniversary as a CAM, he continues to expand his horizons by seeking new challenges, providing the best in customer service, and mentoring the next generation of management professionals.

Adoption is an option. Consider it! 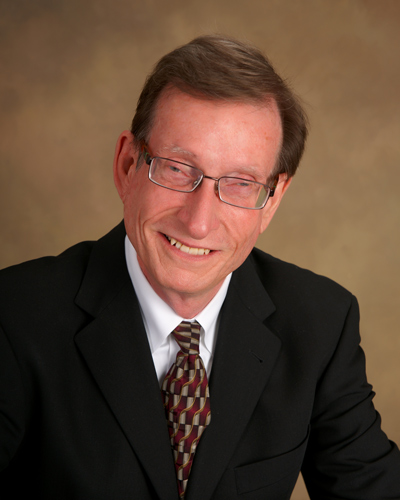 As a licensed Community Association Manager I take great pride in our profession and want to do what I can to help further the leadership of the Central Florida Chapter of CAI to continue to be a valuable resource to all managers, volunteers, and business partners.

One of the many areas I believe that CAI can have a vital impact for managers is providing a high level of continuing education through the programs geared to achieving the various designations and on-going chapter events. As a member of the Education Committee I have participated in establishing the courses and panels that get on the annual schedule for the Central Florida Chapter.

I have been a manager for over ten years and have been with Leland Management during that time as a portfolio manager. My affiliation with CAI has clearly impacted the choices I have made in my professional career, continuing education, experience gained from the colleagues I am able to network with regularly, and many friendships made that are invaluable.

Our local chapter is absolutely a great organization and I am excited to be involved and have the opportunity to participate in the continuing growth and excellence of our programs. 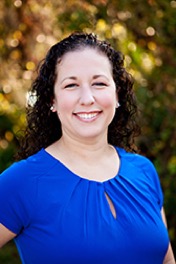 She has been in public accounting, and with the firm, since 2004 and works with small businesses in the areas of audits, review, compilations and tax preparation. She has extensive experience at auditing not-for-profit organizations, condominium and homeowner associations, and 401(k) plans.

She is a member of the American and Florida Institutes of Certified Public Accountants. Leslie is a graduate of Leadership Seminole – Class 27, a program which focuses on developing, inspiring, and engaging community leaders to improve the quality of life in the Seminole County region. 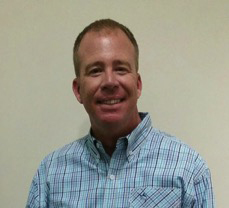 Past President, Board Member

Matt is a past CAICF board member and enjoyed working with the members of the board to help our Chapter grow. He has been a member of the Golf Committee for a number of years, which has also allowed him to have a great deal of interaction with the board. CAI is extremely important to Matt’s business, and by being a board member he will work to make sure State and Federal legislative decisions do not adversely affect our HOA’s, POA’s and COA’s.

Matt’s industry knowledge and experience is unparalleled in the Florida market. His primary focus is building meaningful relationships with his clientele and growing solid partnerships with industry leaders. Matt sets a very high standard on customer service and the overall quality of his company’s workmanship. Most of Vice Painting’s business is returning, happy customers and referrals. This type of clientele is only accomplished with trust and integrity…two things Matt says defines his character.

Tracy Durham has been involved in the Community Association Management industry for 16 years. She is currently the Vice President of Operations at Artemis Lifestyle Services, Inc. in Kissimmee, Florida. Providing excellence in service to all community associations is her goal and building a strong, united team is her passion.

She is a graduate of Flagler College in St. Augustine, Florida. Dedicates her free time to her family and Special Olympics, serving as head coach for the master’s volleyball program. 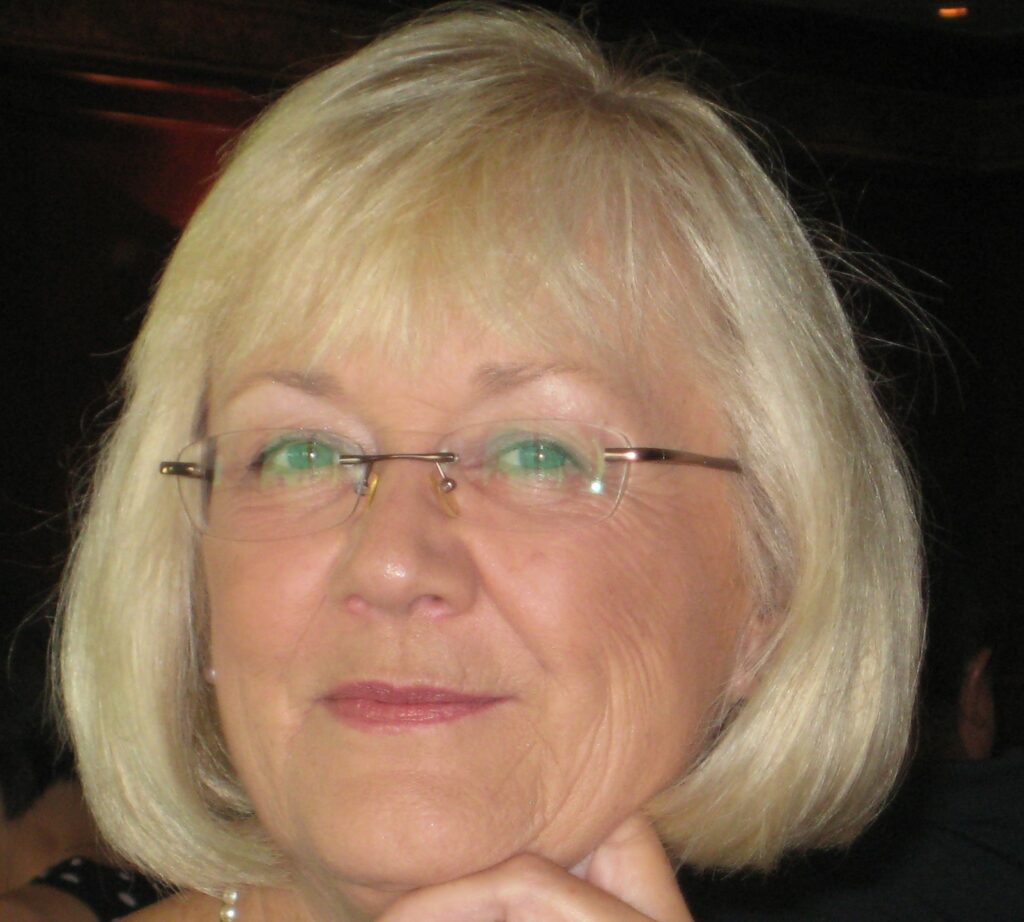 Donna and her husband are original owners/residents in Waterford Lakes since July, 1993. She was born and raised in Northeast Ohio.

Her career in retail spanned positions as a Buyer, Divisional Merchandise Manager, Branch Manager and Store Manager. Her second career took her into the non-profit world where she held positions from Director of Fundraising to Senior Vice President of Development.

Her HOA experience has been with the Waterford Lakes Community Association where she served on the Operations Committee, as member the Board of Directors, as Treasurer and Chair of the Finance Committee. She also served as Board Secretary for her neighborhood association for five years.

Foremost, Donna is a homeowner. Donna’s philosophy is simple … “Living in a deed restricted community has many challenges. The rules are meant to keep the community a place where residents can live comfortably and cohesively as well as help maintain their property investment. My reason for volunteering is simple…to encourage respect for and by our residents, and in turn our homes and properties. Interpreting, enforcing and updating the documents and guidelines is as necessary as maintaining the grounds and recreational facilities. The Board of Directors is an important group of volunteers with varying business and life experiences that work to help every community be the place where all residents can be proud to live.” 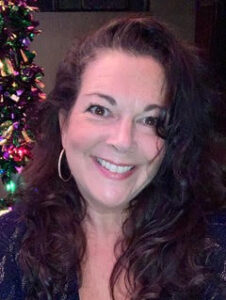 Lynne Sadowski began working with Community Association Managers in 2017 while employed by a water damage restoration company in Washington DC. She quickly became very passionate about helping CAMs and understanding their needs.

After returning to Florida, Lynne joined CAI of Central Florida, and currently participates in several CAI committees and has recently been elected to the Board of Directors, where she will also be acting as the Board Liaison for the Membership Committee. Lynne is excited to lend her expertise and time to help strengthen the local chapter. 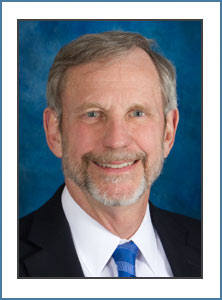 Robert Taylor is the Office Managing Shareholder of the Firm’s Orlando office and the founding partner of Taylor & Carls, which joined Becker & Poliakoff in December 2013. Mr. Taylor has concentrated his practice exclusively in the area of community association law, providing a variety of legal services to condominium, homeowner, cooperative and timeshare associations since 1981.

Mr. Taylor is a Board Certified Real Estate Attorney, and is approved by the Department of Business and Professional Regulation as a provider of continuing education for Community Association Managers. Mr. Taylor has been rated “AV” Preeminent, the highest possible rating, by Martindale-Hubbell. He is a Certified Mediator for both circuit and county courts.

Previously, Mr. Taylor was an Assistant City Attorney for the City of Orlando practicing in the areas of zoning, planning and public works and in private practice. He also practiced in the areas of commercial and corporate law and in real property including foreclosures, condominium and homeowner association law, and eminent domain. 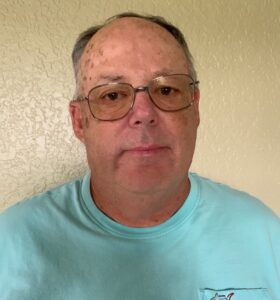 Tom is currently the Chairman of the Board at The Great Outdoors in Titusville, FL. Prior to taking this position he served as a director on the BOD. While currently retired, he served in the USAF for 10 years and for 30 years as an Air Traffic Controller for the FAA. He worked as a controller, staff specialist, manager, and lead the quality assurance efforts for the western United States.

Tom is happy to serve and looks forward to working with our partners to provide educational opportunities for our members throughout central Florida.

Board of Directors Meeting Minutes